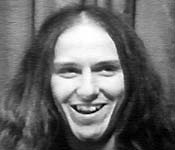 "The whole plant runs on fear. Everybody's scared, from the top down."

In the 1970s, General Motors introduced the most rigid system of quality control known to the automobile industry at its Lordstown, Ohio, plant. Assembly-line work became more dehumanizing than ever before, and the quality-control effort backfired: the cars produced at Lordstown soon set new standards for low quality.

Loose Bolts? (1973) is the classic study of what became known as the "Lordstown syndrome." In-depth interviews with assembly-line workers, foremen, and elected union officials in this 30-minute video show how a bored and dissatisfied workforce turns out cars with major flaws. Commentary is supplied by Robert Guest, author (with Charles Walker) of the pioneering study, The Man on the Assembly Line.

"I recommend this film to anyone interested in the study of worker attitudes."
--Paul Marshall, Professor of Management, Harvard Business School

"The filmmaker is skillful and perceptive in portraying the boredom and hopelessness of the men in this factory."
--Roberta Peterson, Film Library Quarterly